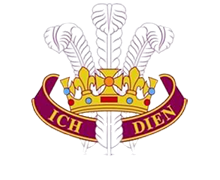 About Prince of Wales

Prince of Wales’College Profile for FOC Prince of Wales' College is a selective entry boys' school situated in Moratuwa, a suburb of Colombo, Sri Lanka. Prince of Wales' College, Moratuwa (along with Princess of Wales' College), was founded and endowed in 1876 by Sir Charles Henry de Soysa, a famous 19th century Sri Lankan philanthropist. The first Minister of Education, Dr. C. W. W. Kannangara and Dr. T. B. Jayah, a senior minister, have both served on the staff of Prince of Wales College. Cambrians are famous for cricket. When the college was founded the game was introduced in 1876. In 1896 organised school cricket was introduced and the first ever inter- school cricket match in Sri Lanka was played against Royal College, Colombo. Cambrian cricket players have made significant contributions in all sectors of the sport in Sri Lanka including schools, mercantile clubs, government services, defence services, corporations and in the field of cricket administration. Prince of Wales’ College has produced many exceptional cricketers who, at one time or another, played for the national team. Prince of Wales' College plays its annual Big Match with St. Sebastian's College, Moratuwa. It is also known as Battle of the Golds Cadeting was introduced to college in 1904. It won the Herman Loos Cup for cadeting many times in the past. Later Athletis, Football, Rugger, Volley ball were introduced. Presently there are twenty three games are functioning. 3rd March was selected as the Founder's Day. Students attend the service at the Holy Emmanuel church and pay respects to the tomb of Sir Charles Henry de Soysa. Since the 1960s, Buddhist students have commemorated the Founder's Day by engaging in Buddhist rituals